Newspaper article about our workshop in Stade

A short article about the workshop we organised in Stade about the cultural impact of the German trade in the North Atlantic at the end of October appeared in Stader Tageblatt on 5 November 2016. 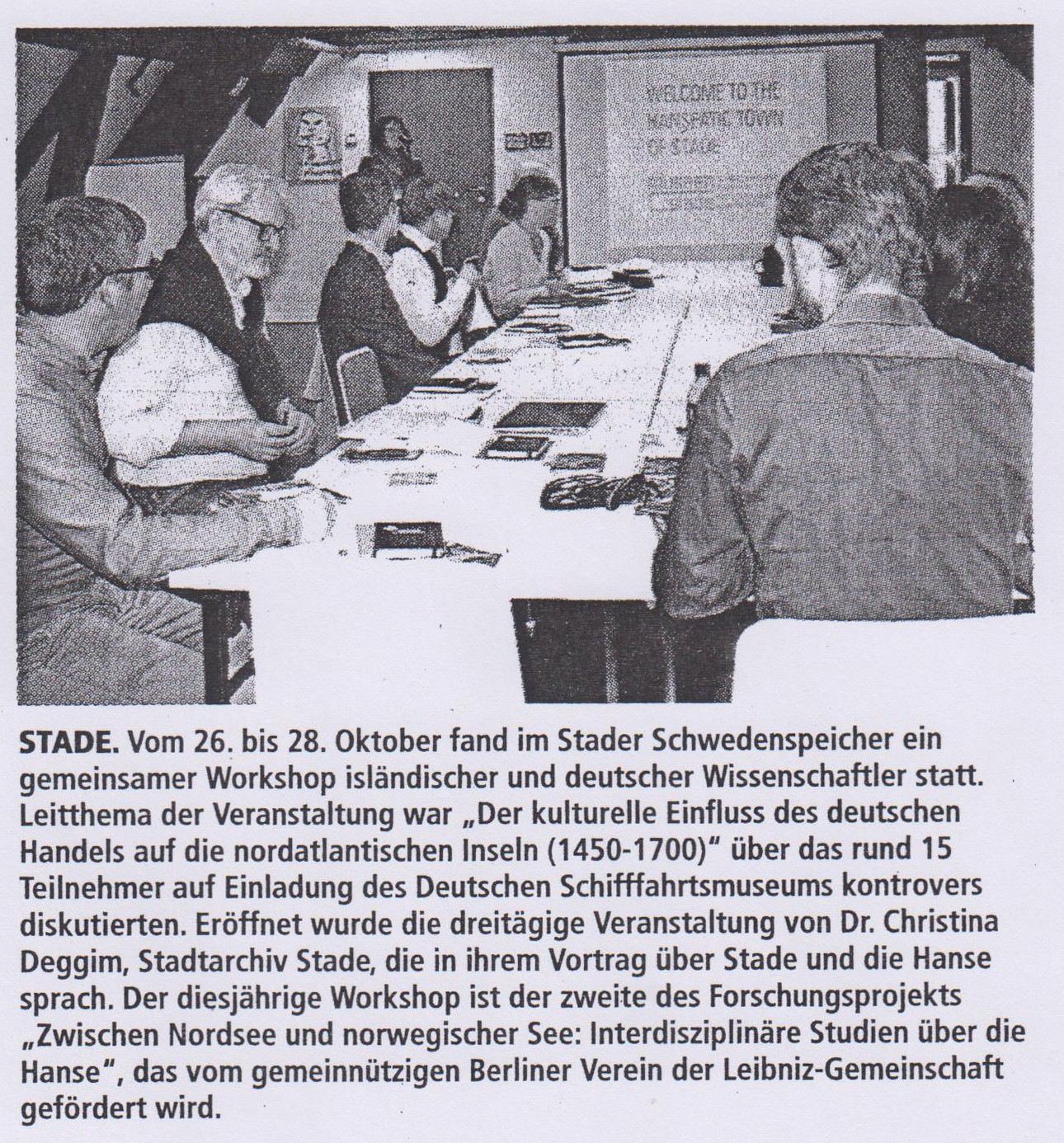 Last week Aoife Daly came to the museum in Bremerhaven to take samples of the wood of the so-called Bremen Cog, our famous 14th-century ship wreck, to use them for dendrochronological research. Martina Albert came along to see what she was doing and wrote a nice article (in German) about the work on the ship, published in the Nordsee-Zeitung, 22 April 2016. With kind permission of the author.

A photo impression of the dendrochronological sampling can be seen on our facebook page. 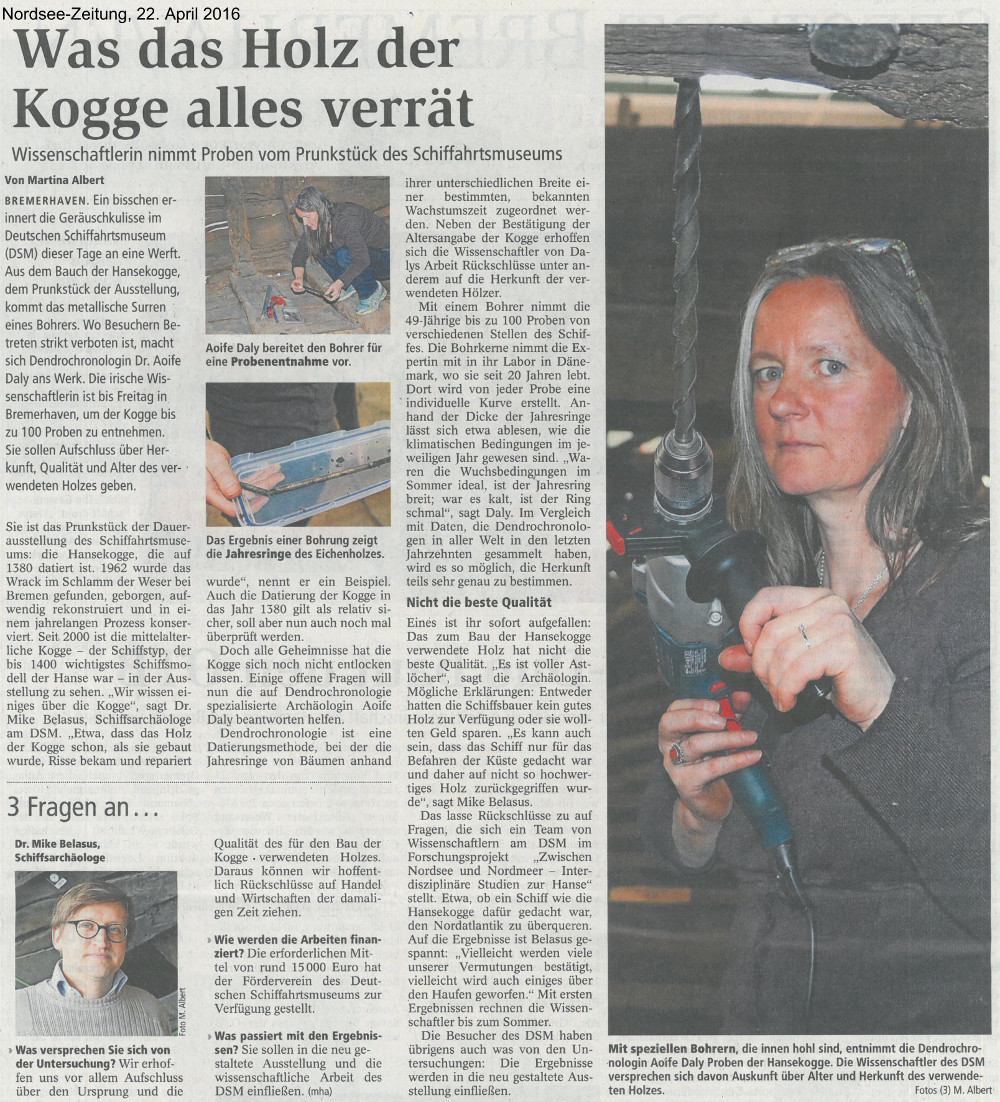 Ursel Kikker published an article about our project in the Nordsee-Zeitung, 15 May 2015. With kind permission of the author.